The day started off normally enough. I grabbed a quick bite to eat and then left my friend’s place in Colorado Springs around 6am so that I could spend the day exploring the passes near Ouray and Telluride. The ride to Ouray was beautiful and I made quick work of it. My first stop in Ouray was to a Jeep rental shop to ask some questions and get a map. They advised me on which passes were easy and which passes I may want to reconsider. Of course, I opted to head straight for Imogene Pass which has a reputation for being one of the more difficult passes.

The ride up Imogene was a mixture of challenging terrain and awe-inspiring beauty. The sign stating “4 Wheel Drive Short Wheel Base Vehicles Only” gave a clear indication of what was to lie ahead. The DL’s Enduro Guardian skidplate was constantly touching down as I traversed over rock ledges, river crossings, and steep inclines. At the time, it was essentially the limit of my abilities on a fully loaded Strom.

About 3/4 of the way up the pass, I encounter a deep water crossing followed by a steep incline, then the rain begins to come down. At this time I spot someone from the local Jeep tour and ask if it gets more difficult. I’m assured “If you’ve made it this far, you can make it the rest of the way.”

Unfortunately that day he was wrong. A combination of factors worked against me as I continued up the pass. I encountered snow/ice. The trail narrowed and the grade increased. I quickly found myself doing exactly what I hoped I’d never do, riding right off the side of the trail…down a 40 foot sheer rock face (see proof below). Now moments like this are entirely surreal. They slow down time and feel like forever yet they’re over in the blink of an eye. Less than a second later I found myself at the bottom, my bike 10 feet in front of me. I laid there for a moment, assuming that I was seriously injured. I could feel some dull pain but nothing intense so I decided to try to stand up. I suddenly found myself hysterically laughing as I looked up to the trail above me. I had literally ridden off a cliff. But the funny part is that I was basically unscathed. A quick assessment of my bike said that it was more or less okay as well. The issue was there was no way to get it back up to the trail.

Now came the challenging and scary part. I waited awhile for a jeep to pass who graciously gave me a ride. The scary part was that this individual had rented this jeep hours earlier and thus I had no reassurance of their skill to get us to Telluride. Ultimately they got me over Imogene and down into Telluride. With the help of a fellow Advrider named Trevor, I found a tow company and made it back to Ouray. We were able to safely get my bike down the mountain which was where it sustained most of its damage.

I spent the next two days fixing the bike so that I could ride it home. The front wheel required liberal use of a hammer to become straight enough to hold air. A large pry bar was used to straighten out my luggage racks enough to secure my bags to with ratchet straps. A local V-Strom rider was kind enough to host me at his house. This trip was the first of many experiences on the road where people went out of their way to show kindness. Sadly upon my return home, my insurance company totalled the bike and then placed too high a value on it to buy it back, it was still a great bike.

Throughout our lives we’re presented with challenges, it’s how we overcome them and subsequently learn from them that makes us better in the end. For me, this was one of those experiences.

P.s. In August of 2014 I went back and rode up and down Imogene a few times for good measure. I also rode Black Bear and all of the more difficult passes. 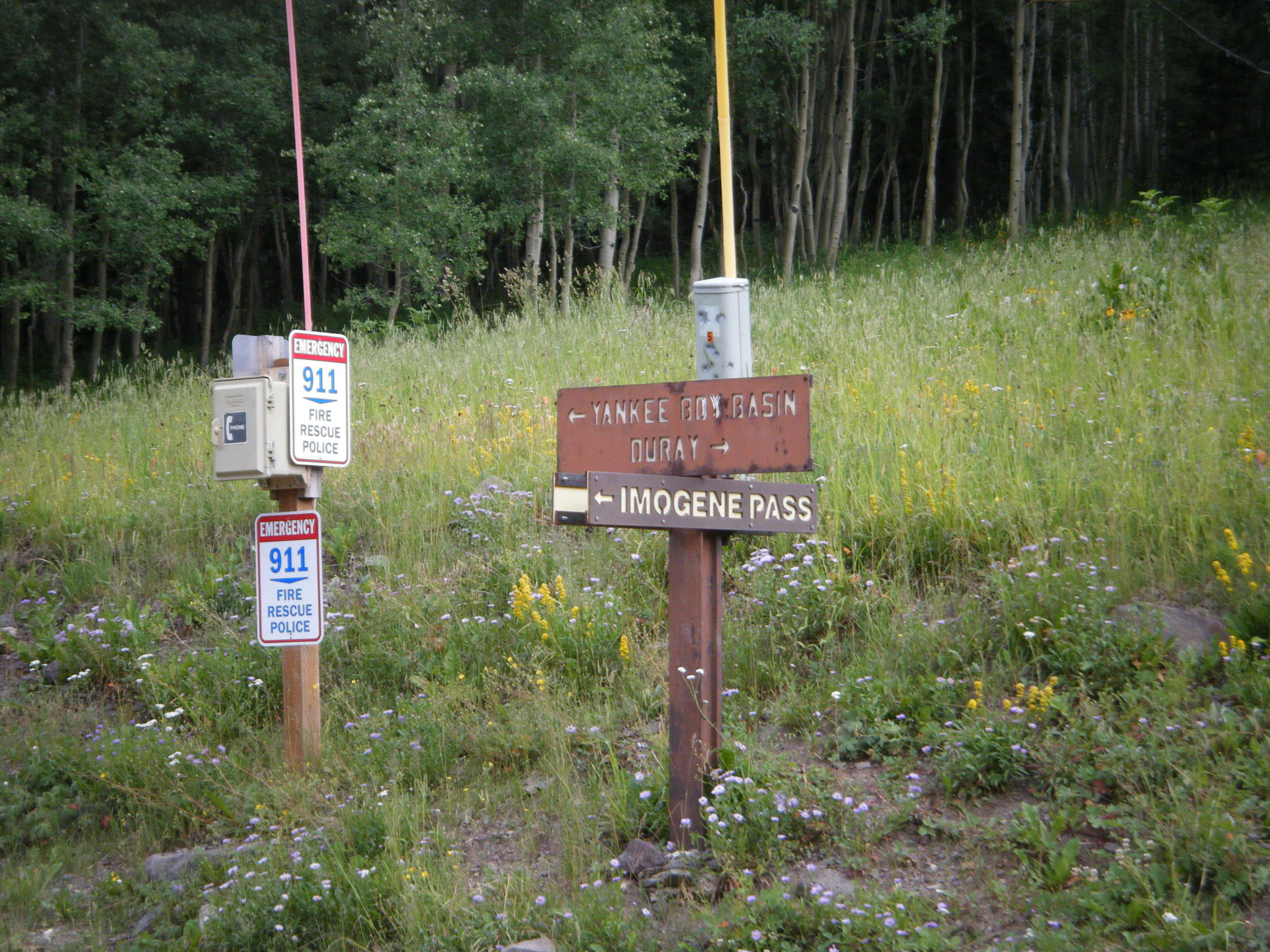 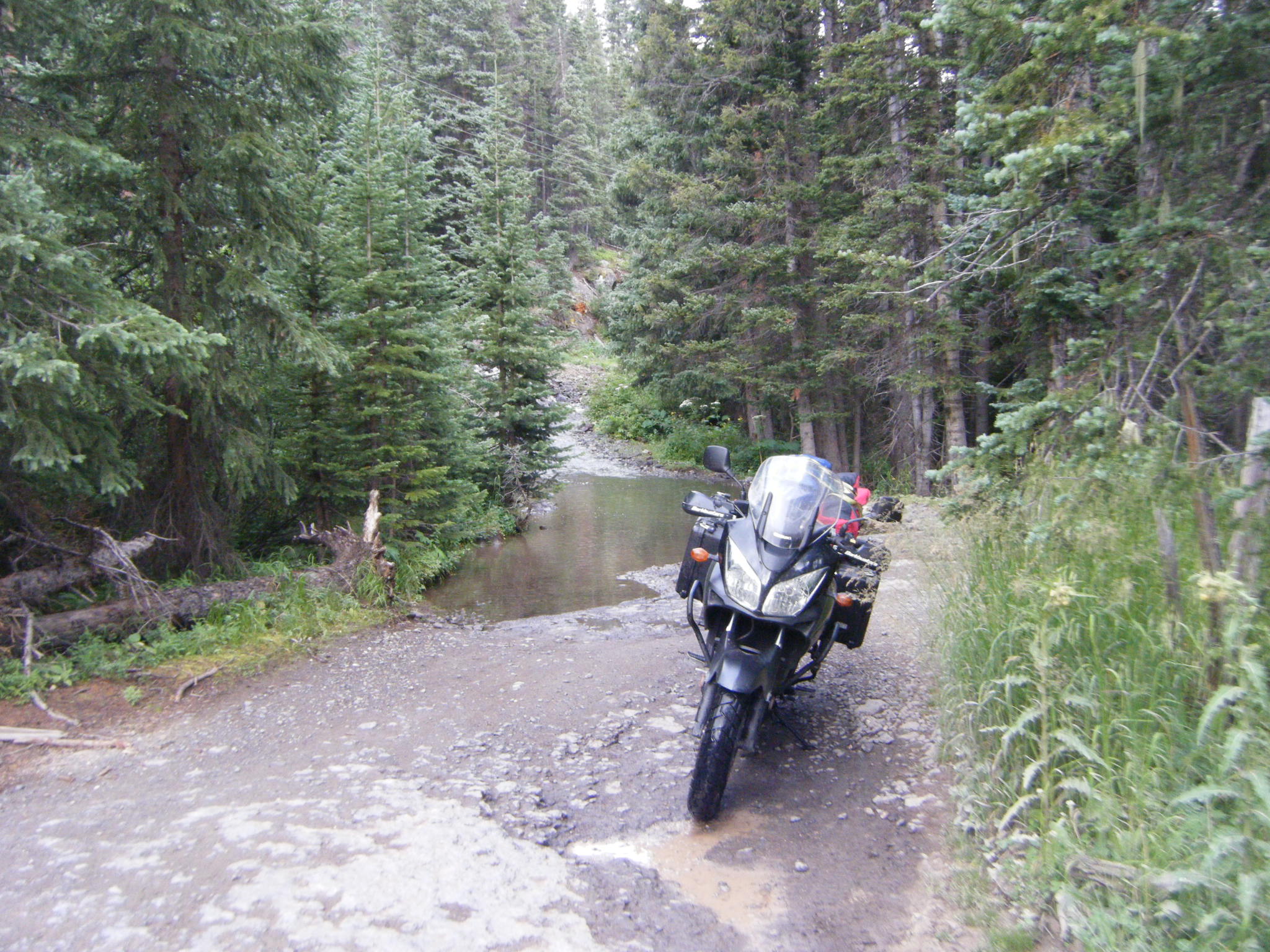 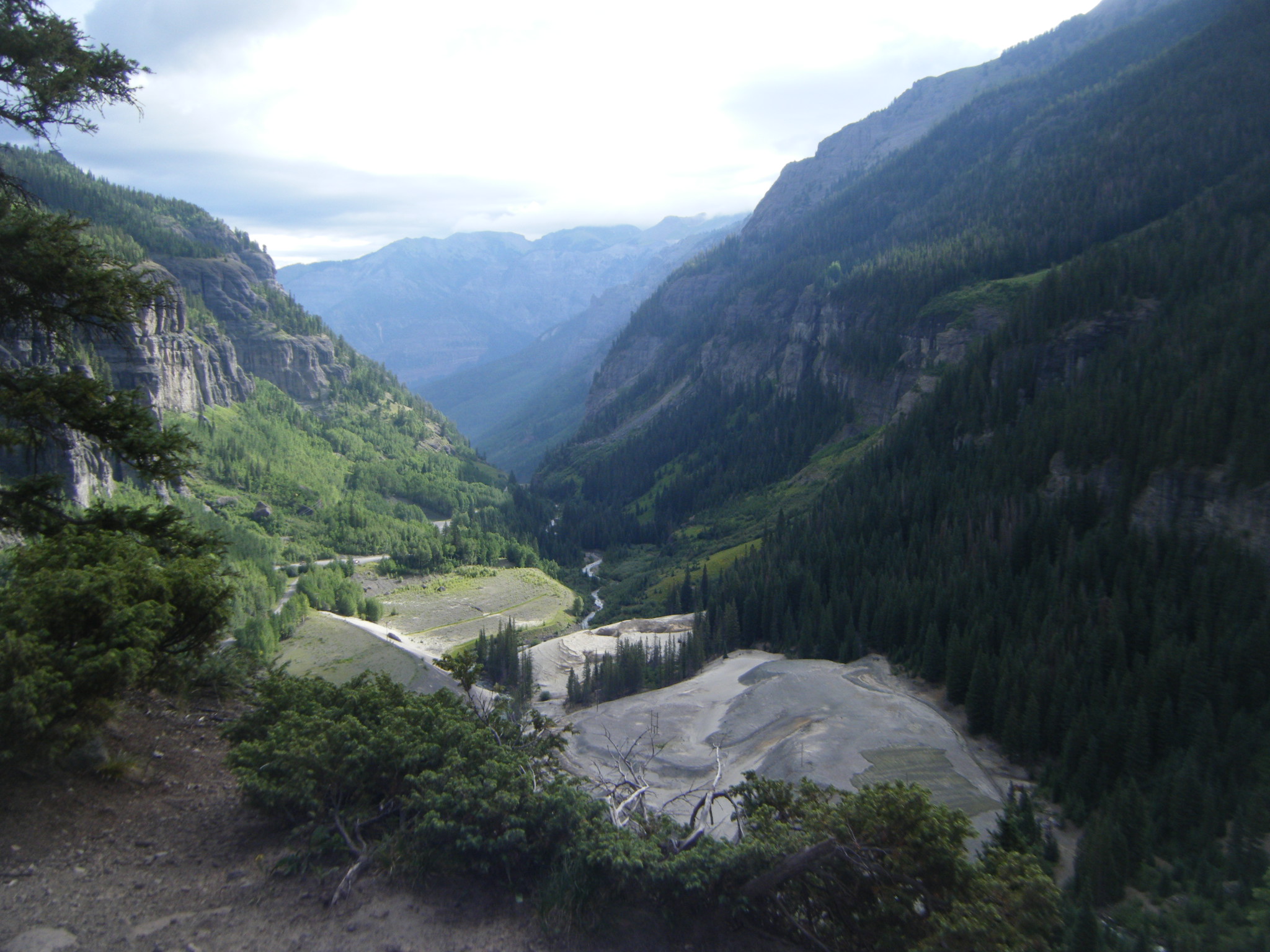 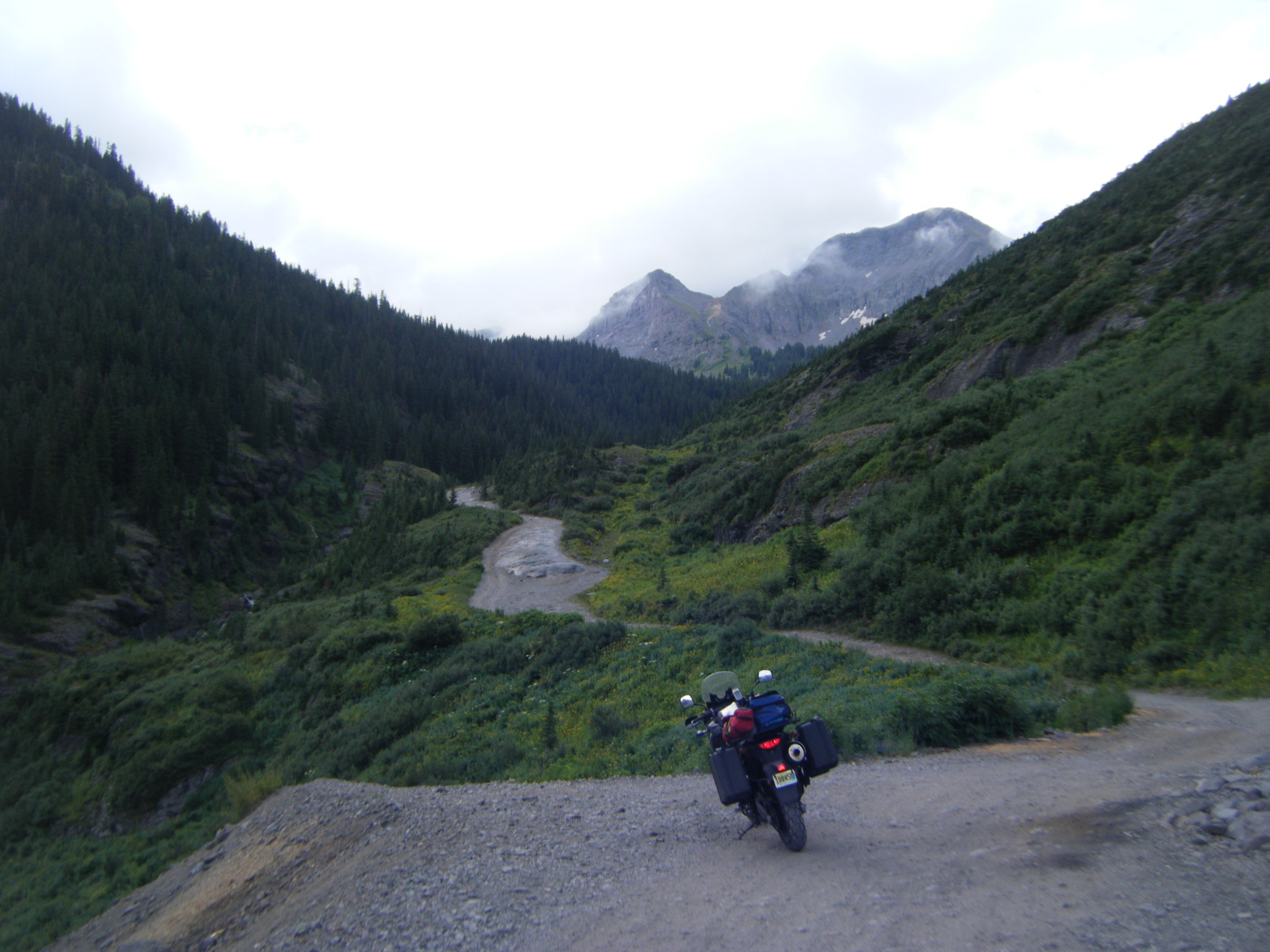 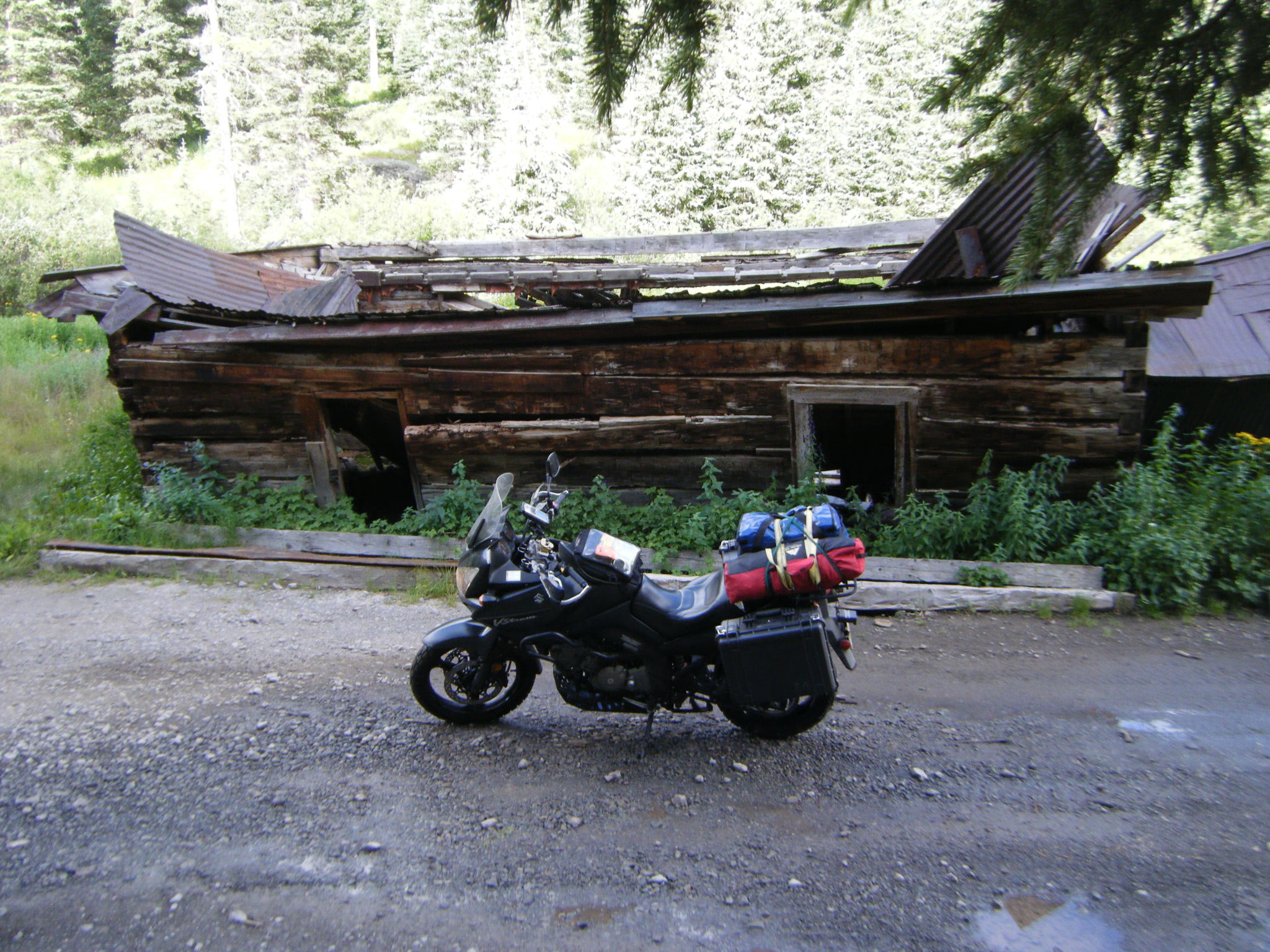 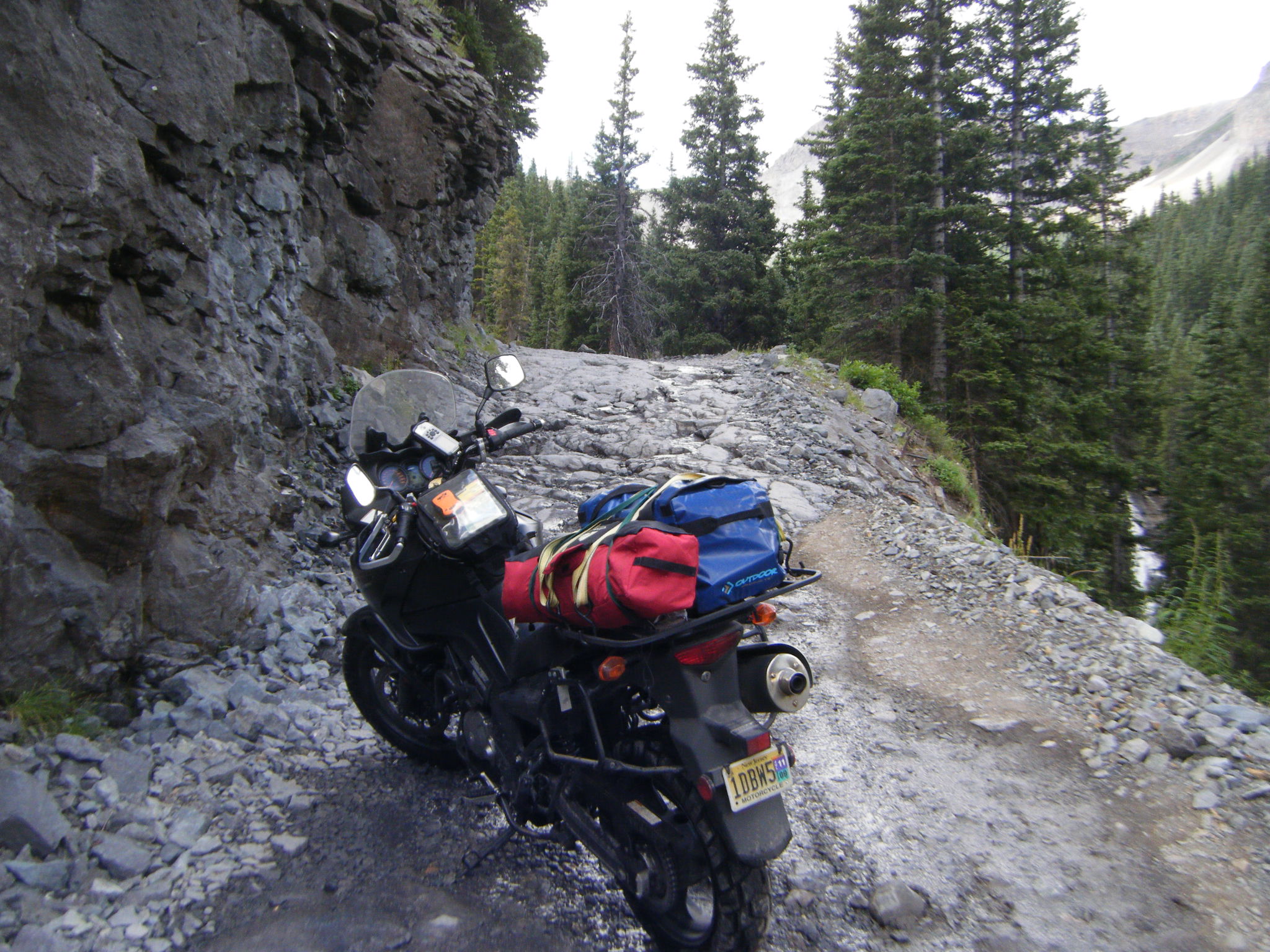 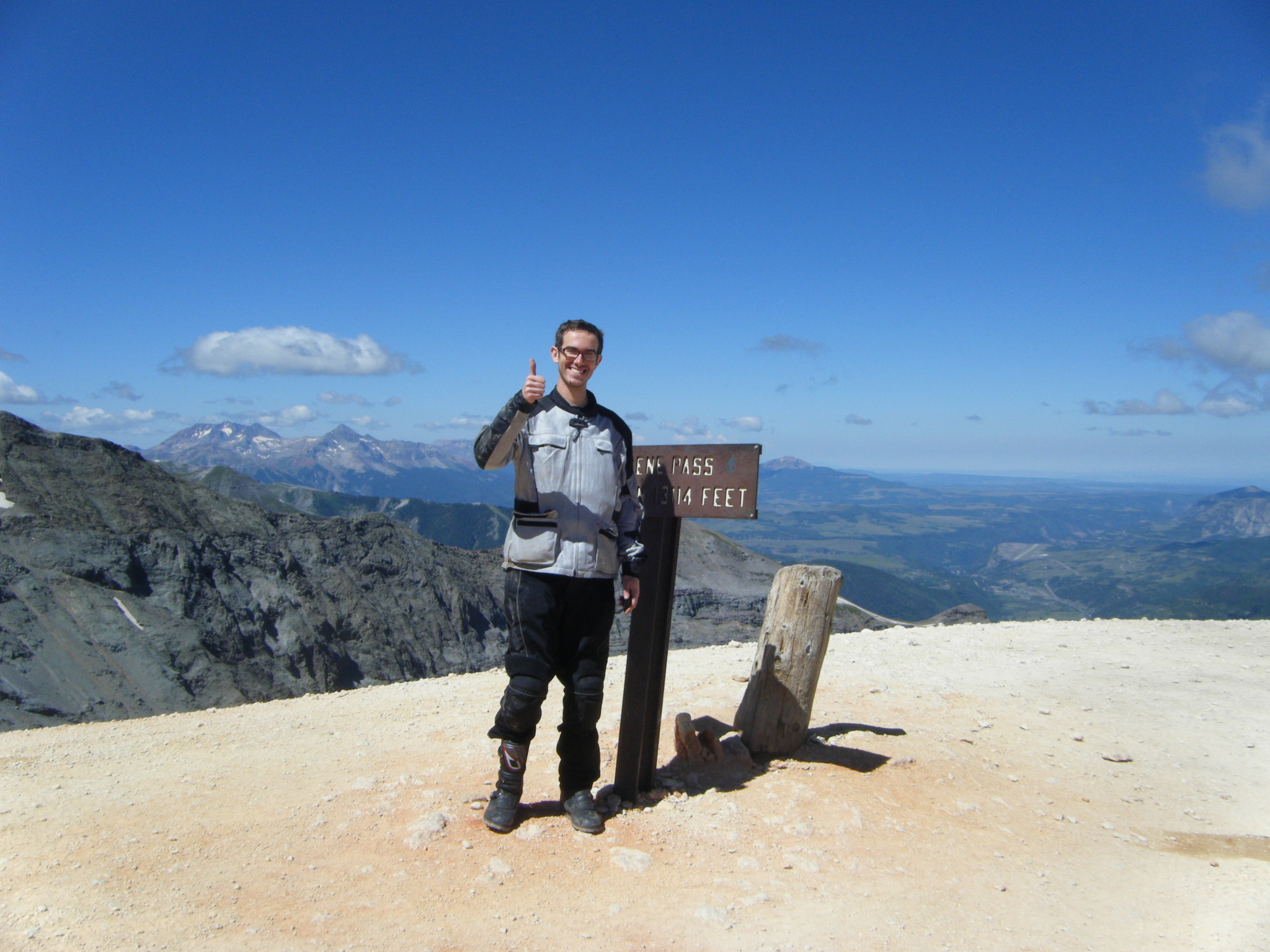 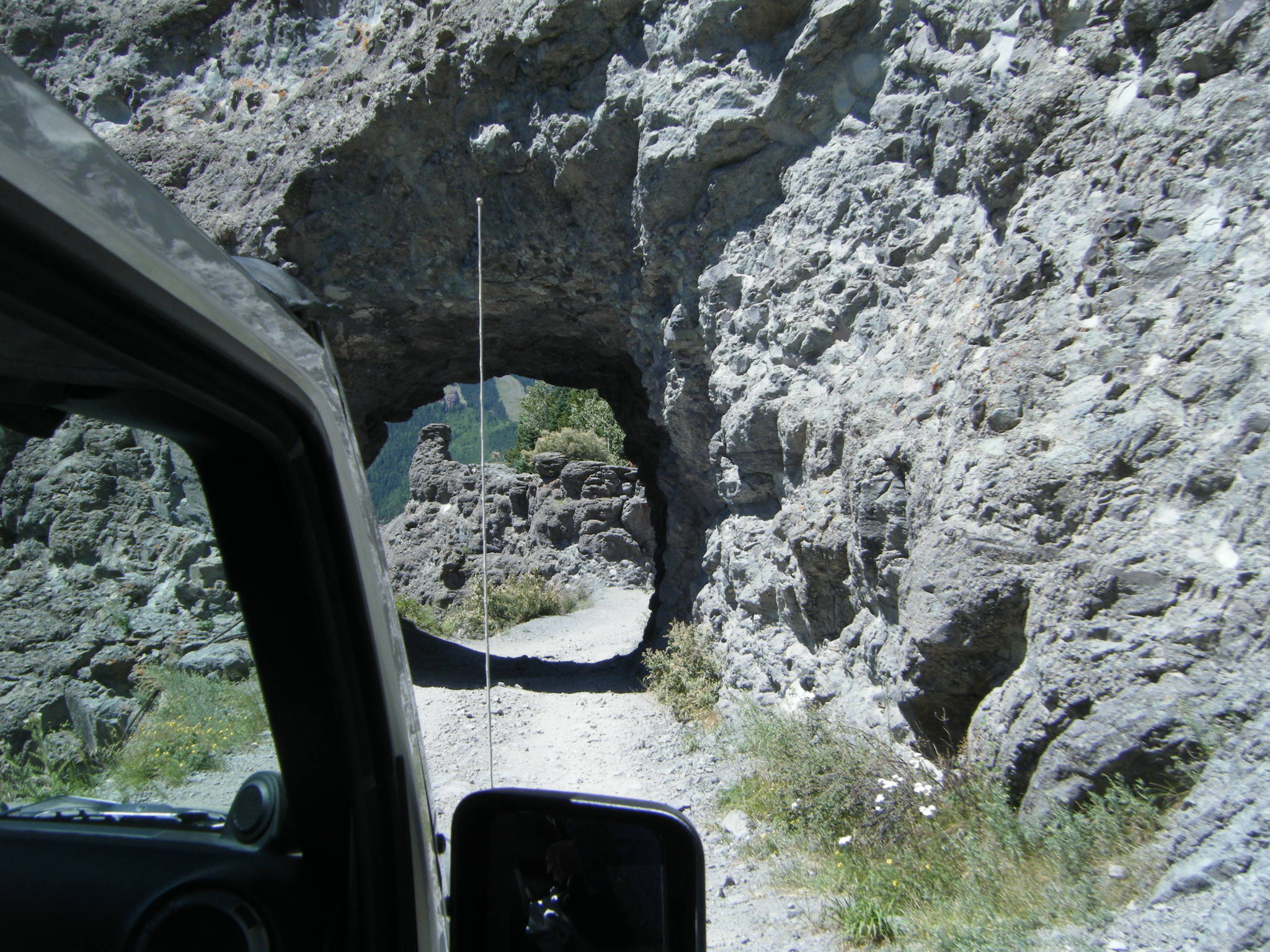 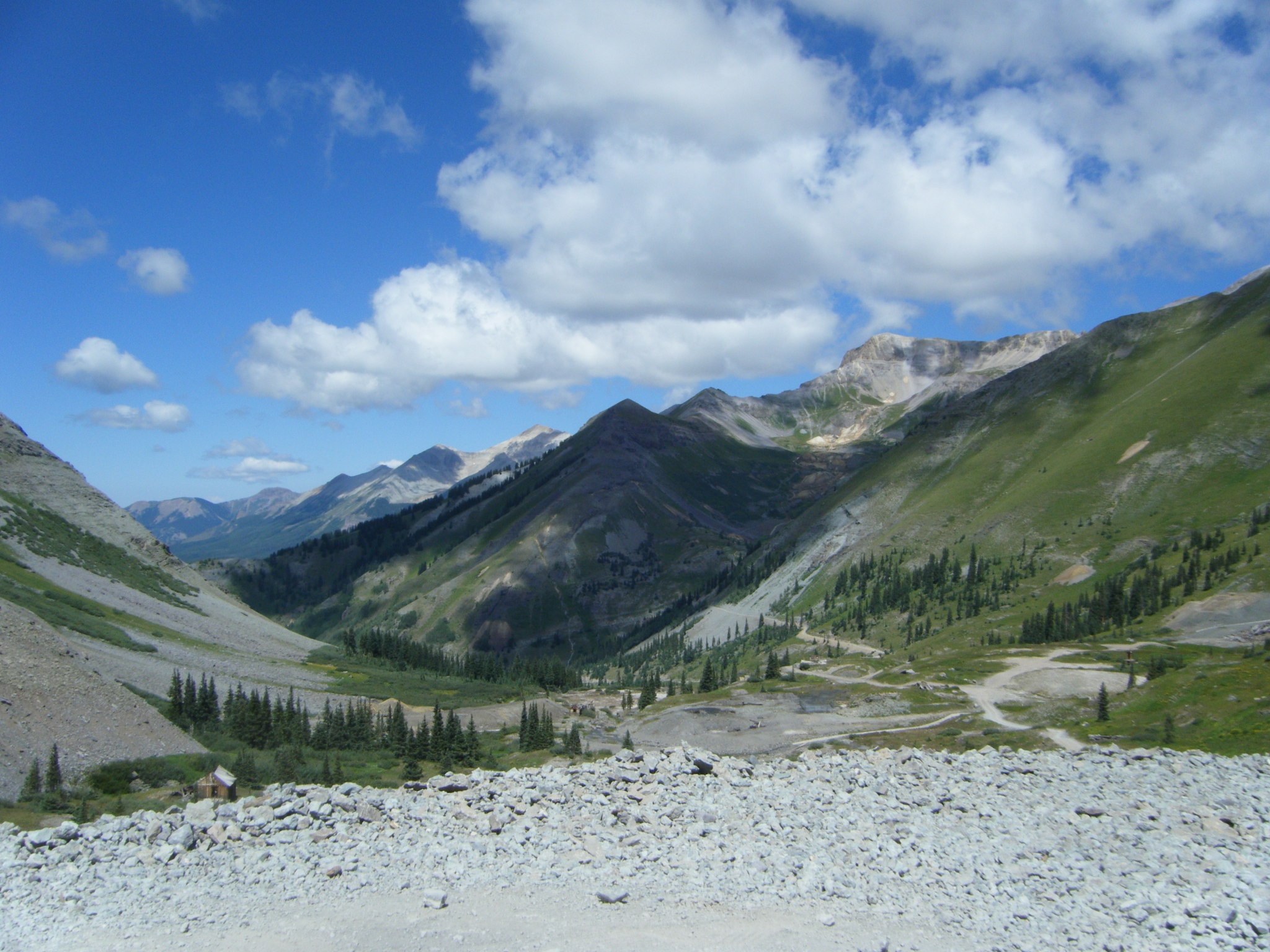 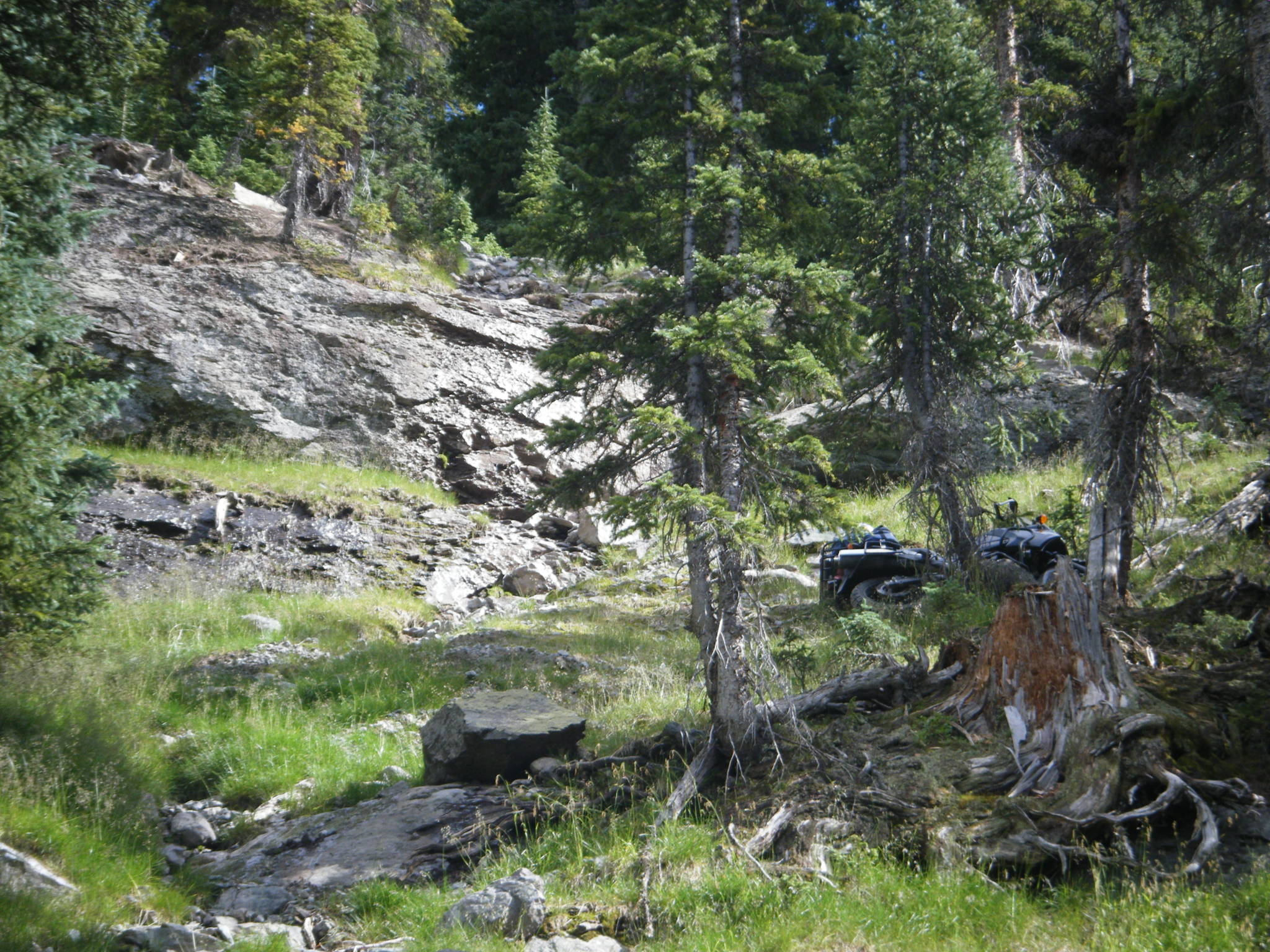 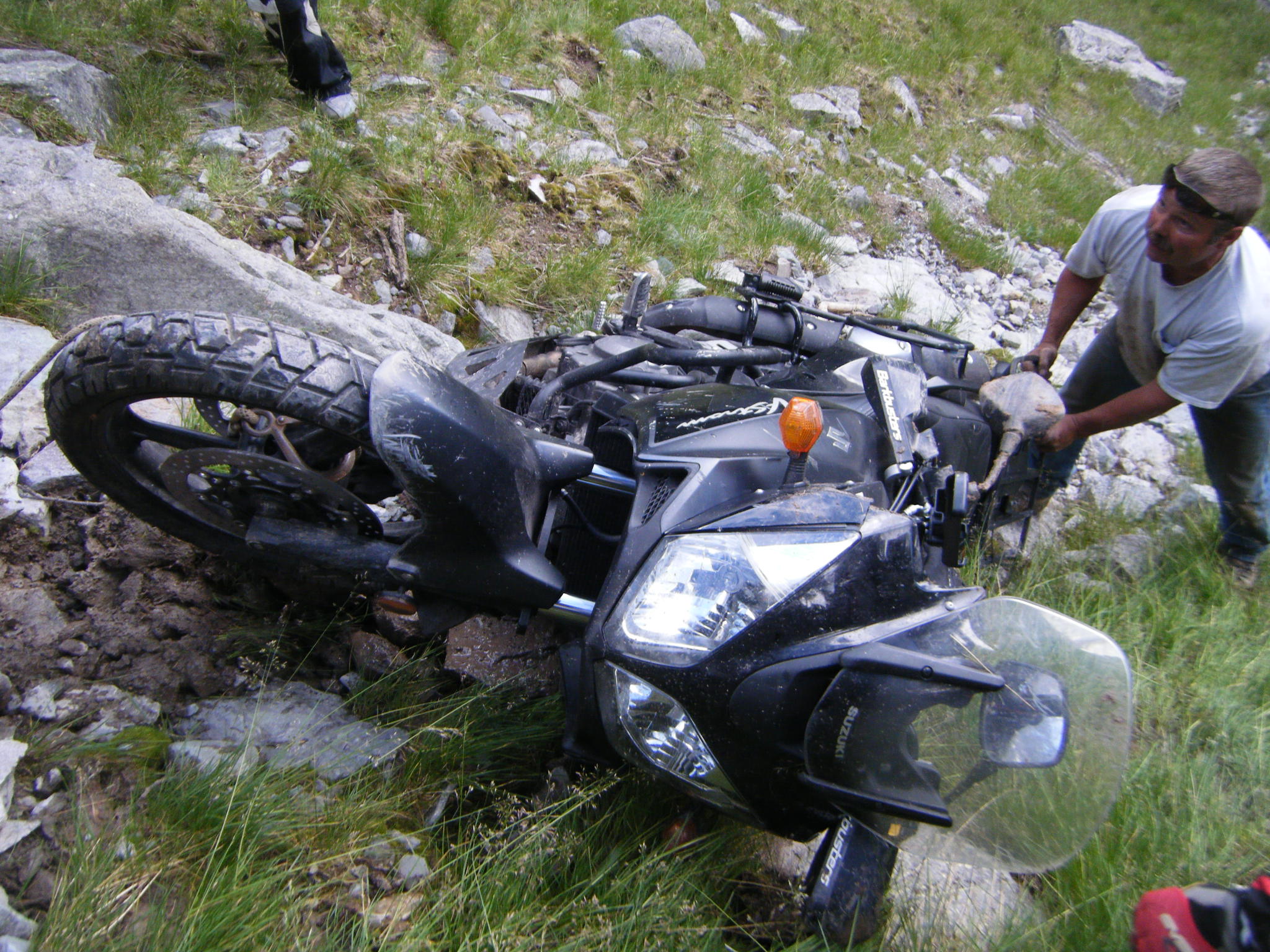 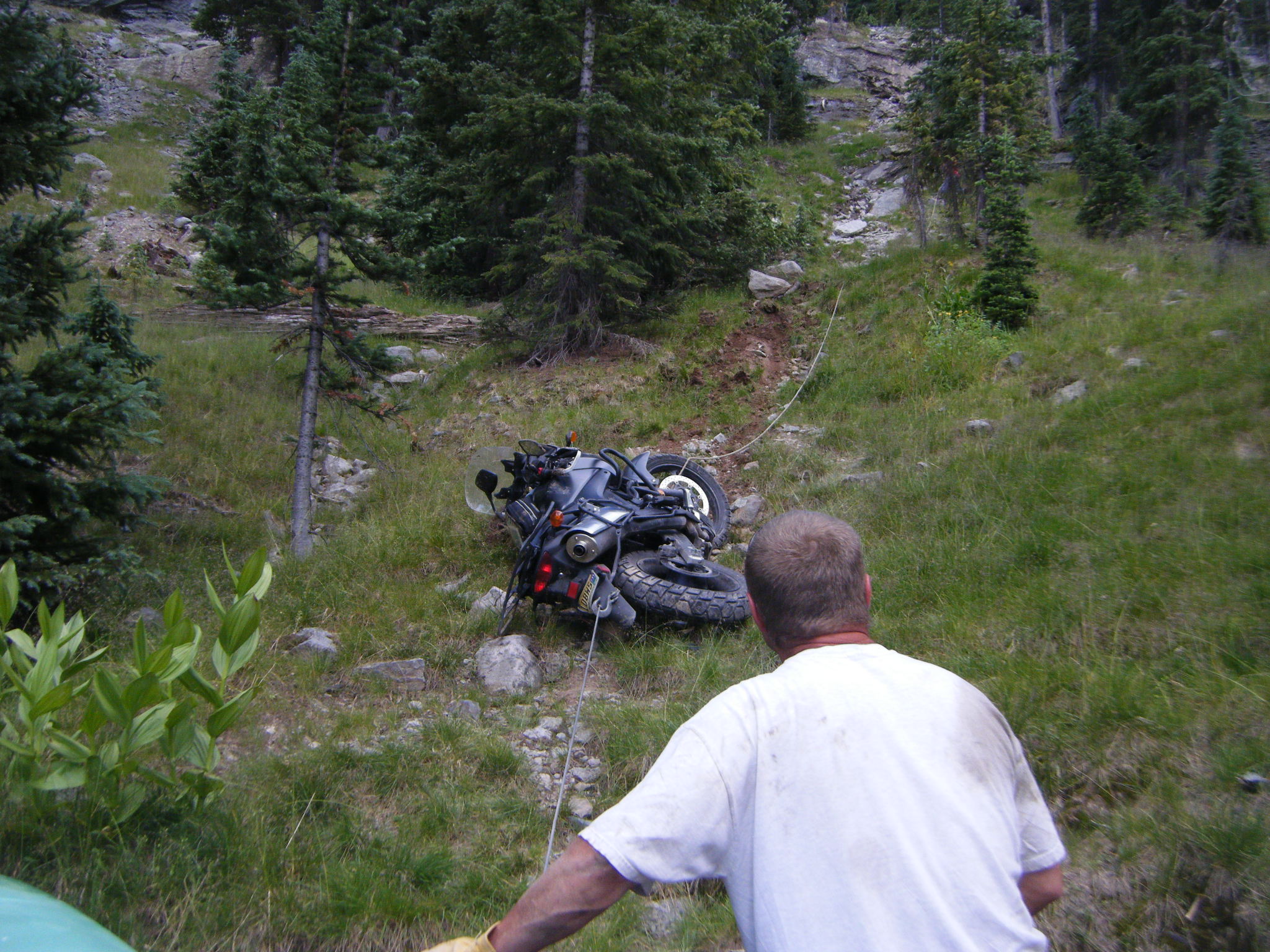 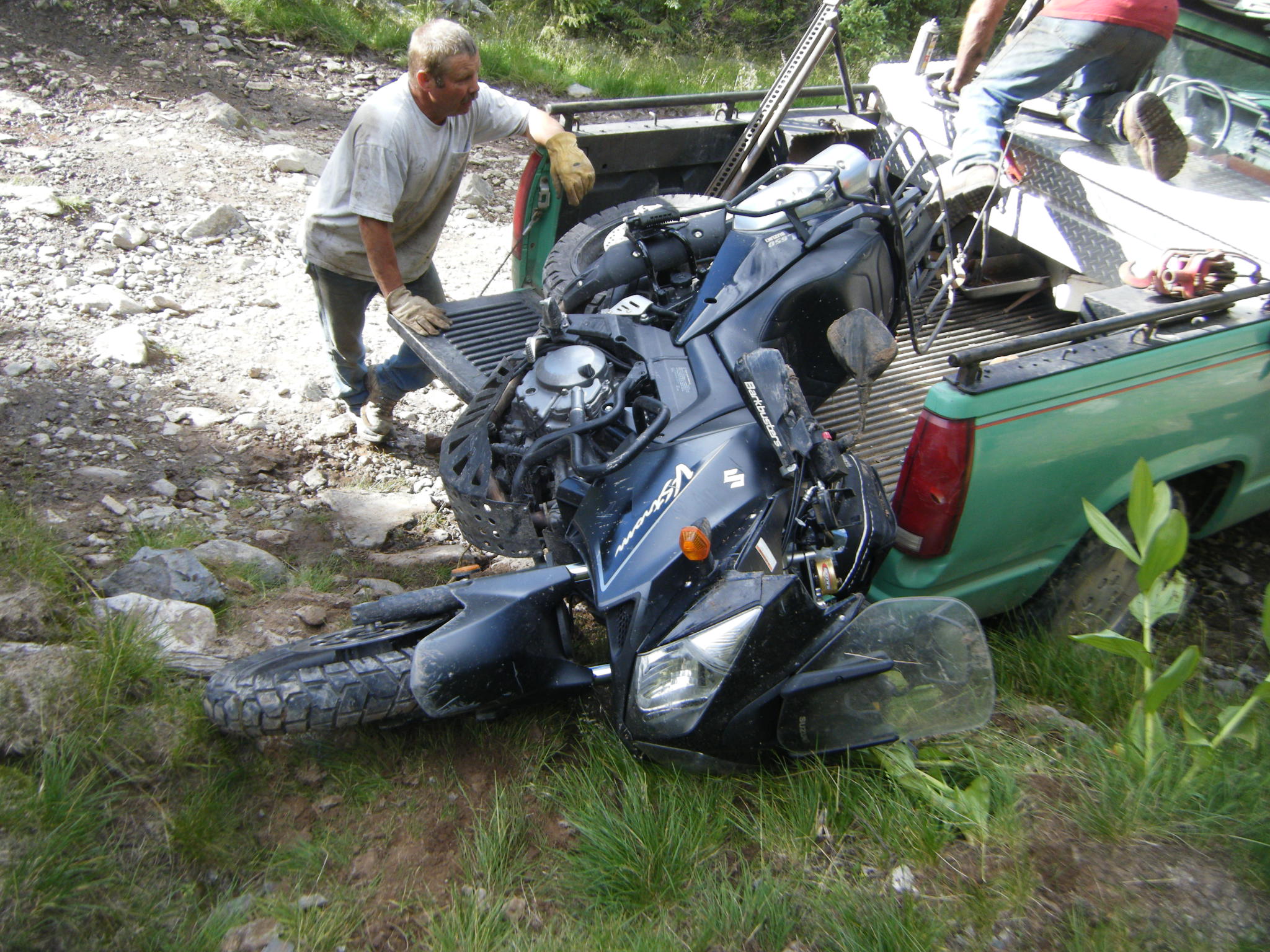 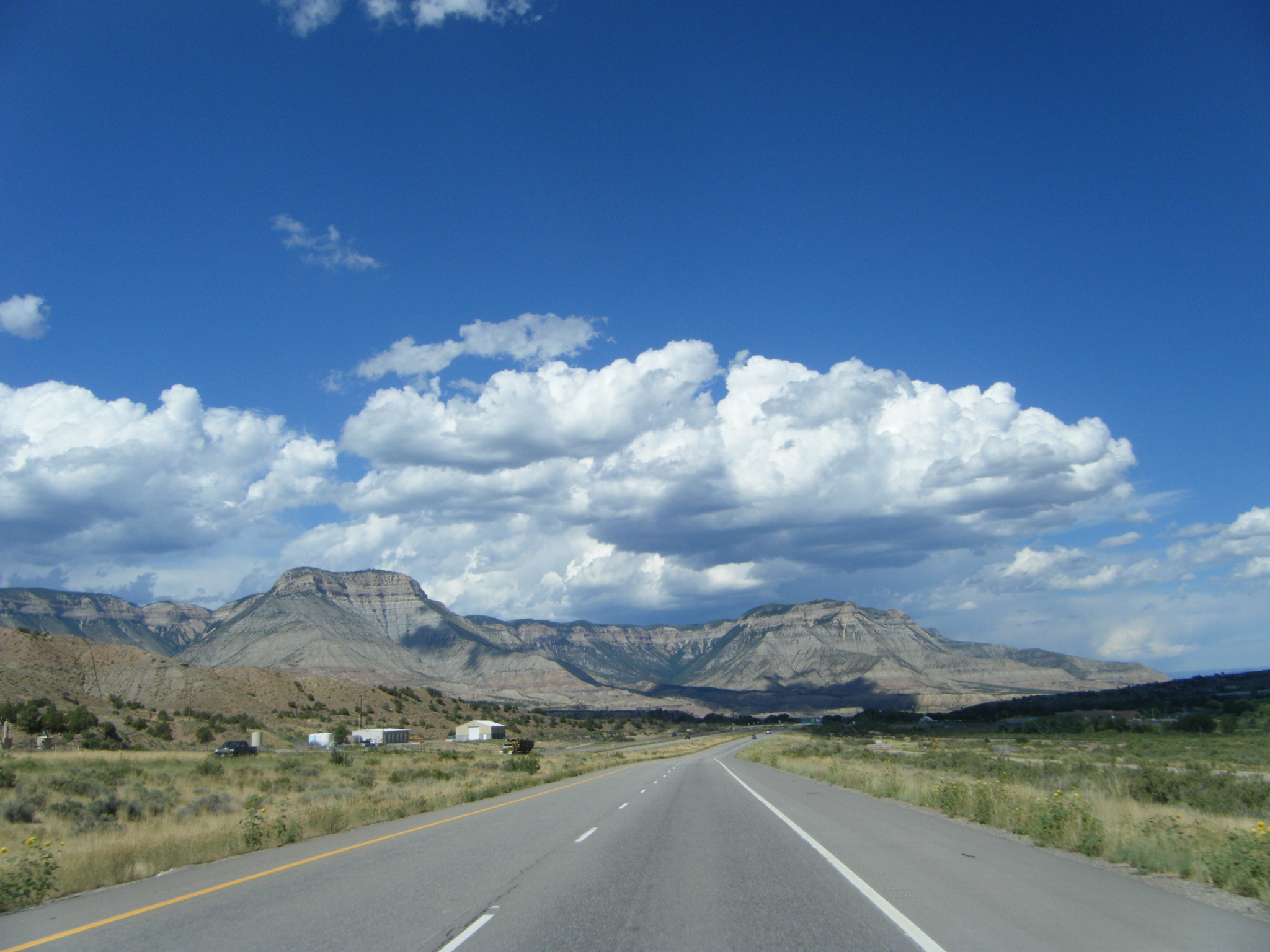 Trip Preparation Part 1 53 Days until we hit the road